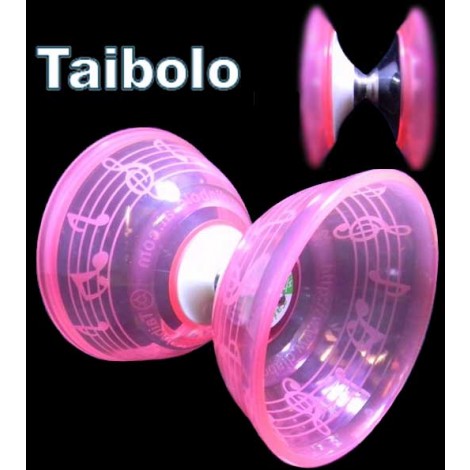 
We have been asking Taibolo for a bearing version of their diabolo for over a year now but they wouldn't release it until it was right. Well finally it's right, it's out and it's stunning!
The Note uses a single, one way, cylindrical centre bearing to produce much longer spins than conventional fixed axle diabolos. The Note also has raised musical notes all around the inside of the cups. Adding weight and texture and making it one of the prettiest diabolos we've seen for a while.
At 230g it is light enough for both junior and professional players alike.
Available in Red, green, blue, yellow, purple, clear.
Diameter: 130mm
Width: 150mm
Weight: 230g (+/- 5g)
Follow Us
Subscribe to Newsletter