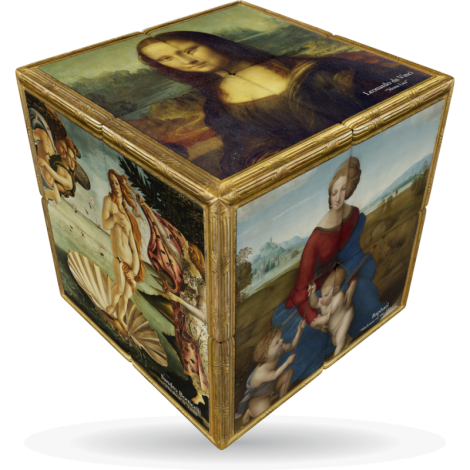 
The Renaissance, a period that roughly spanned the 14th to the 17th century, is considered the bridge between the Dark Ages and Modern History. Beginning as a cultural movement in Italy in the Late Middle Ages and later spreading to the rest of Europe. The Renaissance inspired the development of linear perspective and other techniques of rendering a more natural reality in painting and a gradual but widespread educational reform.

This cube celebrates masterpieces produced during the Renaissance Period including, of course, The Mona Lisa.

This custom V-Cube is supplied in a signature 'Art Emotions' Box and has been manufactured to the highest quality possible. Made in the EU.
Follow Us
Subscribe to Newsletter